The Best James Bond Watches Of All Time 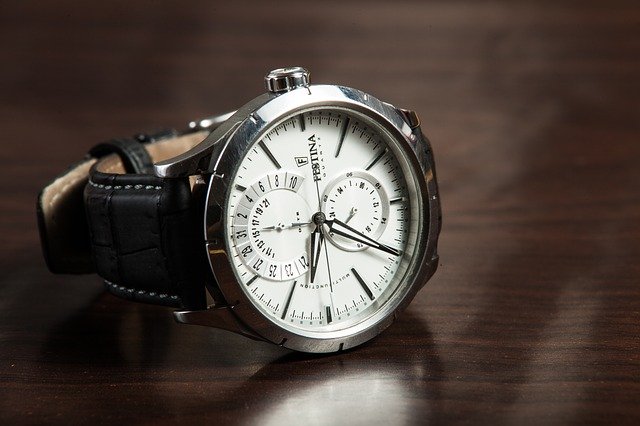 James Bond certainly knows a thing or two about style— particularly when it comes to watches. In Casino Royale— the debut novel of the 007 series— Ian Fleming highlighted Bond’s taste in wristwear stating, “A gentleman’s choice of a timepiece says as much about him as does his Savile Row suit.”

Throughout the years, 007 has sported all the top names in wristwear including Breitling, Gruen, Rolex, and Tag Heuer. Bond’s current choice in watches, luxury Swiss watch manufacturer Omega, is thanks to a high-paying endorsement deal.

Over 58 years, 24 films, and 7 different Bonds, the famous spy has sported his fair share of expensive timepieces. Some of them— like the explosive Seiko wristwatch worn in Moonraker— helped him save the day in standard 007 style. From Connery to Craig and every Bond in between, here’s the best James Bond watches of all time:

Because of the prominence of ‘the Bond Rolex’ during the early Bond years, it may surprise you that the Gruen Precision 510 was the first watch 007 ever wore on-screen. The dress watch makes a brief appearance during a game of cards. Its minimalist design and black fabric strap feel sleeker than his usual wrist-wear.

In the Sean Connery years of the 007 franchise, James Bond was a Rolex man. Rumor has it that the timepiece worn throughout the first four films was actually from Connery’s personal wardrobe.

The Rolex Submariner 6538 worn in Goldfinger is considered by many to be the crème de la crème of James Bond watches. It’s arguably one of the best James Bond watches in the early Bond years and the most recognizable from the franchise.

Connery’s Bond wasn’t the only one to wear a Rolex Submariner. In a dramatic scene in Live and Let Die, Roger Moore uses the jagged edge on his bezeled Submariner 5513 to cut free his restraints. Through its action-packed appearances in the 007 movie series, the Submariner rightfully earned the nickname of ‘The Bond Rolex.’

James Bond has never been one for following rules. Despite Ian Fleming stating in Casino Royale that, “He could not just wear a watch. It had to be a Rolex,” Bond wears a number of watch brands throughout the films. Among the best, Bond’s Breitling Top Time in Thunderball.

Like many of 007’s watches, the chronograph aids him in completing his mission in style. To assist in finding stolen nuclear weapons, Bond’s Breitling comes equipped with a Geiger Counter. Notably, this watch is the first to be specially designed and issued to Bond by Q.

Throughout the ’70s, Bond branched out from his usual rotation of Rolexes. The Bond played by Roger Moore preferred timepieces by Japenese watch Seiko, like the Hamilton Pulsar P2 2900 worn in Live and Let Die. The retro-futuristic wristwatch ushered in a new era of digital watches for 007. Like a modern smartwatch, the LED screen lit up at the press of a button and was certainly ahead of its time.

Worn in: The Spy Who Loved Me

Any true 007 fan knows that James Bond’s watches aren’t just there for looks. They’re one of the beloved spy’s favorite secret weapons. It isn’t the appearance of the Seiko 0674-5009 worn in The Spy Who Loved Me that puts it on our list of the best James Bond watches, it’s the ticker tape messaging system inside. Throughout the film, Bond receives a series of printed messages through his Seiko. One shown in a closeup reads, “007 to report to HQ. Immediate. M.”

Worn in: The Living Daylights

The Tag Heuer Professional Night Dive has a unique backstory. For decades, the identity of the watch remained a mystery. Despite the watch’s unique features—a glow-in-the-dark dial and a black PVD finish— it never received proper screen time. It was only after careful analysis of a blurry 10-second clip from The Living Daylights and a lot of super-sleuthing that James Bond watch aficionados were able to accurately identify the Night Dive.

Omega has been associated with 007 ever since Pierce Brosnan wore the Seamaster Diver 300M in the 1995 film GoldenEye. When asked about her choice of timepiece for the film, Oscar-winning costume designer Lindy Hemming said she, “was convinced the Commander Bond, a naval man, a diver, and a discreet gentleman of the world would wear the Seamaster with the blue dial.”

In real life, the Seamaster uses a helium release valve to maintain the correct pressure while the diver is underwater. In classic Bond style, the valve of 007’s Seamaster reveals hidden lasers and gadgets. Throughout the Brosnan years, the timepiece also came in handy as a grappling hook and a mine detonator.

Perhaps as a nod to the half-century of Bonds before him, Daniel Craig’s 007 has a taste for nostalgia. He drives vintage cars, sports timeless suits, and prefers simplicity over flashiness. Unlike his predecessor Brosnan whose timepiece was filled with hidden gizmos and gadgets, Craig’s watches are focused on style. The vintage Omega Chronograph Caliber 321 worn in Spectre proves that— even 50 years later and 7 Bonds later — 007 hasn’t lost his touch.