So you missed your shot to pick up the reboot of the J. Crew Nike Killshots. It happens. You forgot to set a reminder.

Maybe you missed the Instagram blasts. Maybe you blew your last $90 the week before on a parking ticket, because your friend wouldn’t stop talking, and the meter attendants in this town are vultures.

Whatever the reason, those bad boys are long sold out.

Fear not, noble sneaker head. While you probably won’t get your hands on them any time soon, all is not lost.

So here is our list of alternatives to the J. Crew Killshot 2 sneakers.

If you’re trying to find an alternative to a clothing company/ shoe company collab, the first place you should look is one of the brands own catalogs.

It’s no secret that J. Crew has a predictable style. They carry a New Balance collab that looks almost identical to the Killshots. Unfortunately, that too is nearly gone.

Dig a little deeper in the line, and you’ll find this take on the classic Samba (also a great alternative to the GATs).

The sole is a little bit darker, but the concept is the same: low profile, white upper with gum bottom.

Cut $20 off the price tag, and you have a solid alternative with an equally iconic design.

If you’re like many of the Killshot lusters, that swoosh may be the most important part of the shoe.

We get it. Brand name holds a lot of clout in the fashion world. To solve this logo crisis, turn to the Tennis Classic from Nike.

In the white and nave colorway, all you end us missing is the gum sole and a few accents on the uppers.

The silhouette is strikingly similar, and at the very least you now own a solid pair of white trainers.

If you’re a skater, or just on a budget, this Old Skool colorway is your best bet.

At $55, you’re saving a ton over any Nike sneaker. It has the gum sole, giving that stark contrast.

What this shoe does differently is completely simplify the uppers. Whether you view this as good or bad, the white on white makes this shoe a much more versatile choice.

505 by New Balance in white with gum

Much like the aforementioned New Balance x J.Crew shoe, the 505 is no doubt intentionally in the same vein as the Killshots.

Even featuring similar gray accents, the only thing this is missing is some navy thrown in. This creates a similar effect as the Vans.

Listed at $69.99, and occasionally on sale for $55, these are another cheap option for the skaters, although this is not exactly the brand you want to be seen on a board in.

For the man that deals only in high-end, and we know he’s reading this, this low profile offer from Acne Studios is right up your alley.

Meeting all of the basic requirements, this shoe actually takes the low profile concept a little bit farther. This is a narrow shoes with no discernible accents.

Now, this is a designer shoe. And when you’re dealing in designer brands, you’re paying for brand name. But you’re also paying for quality.

Stepping out of the high volume sneaker realm, you’re getting solid construction, and attractive design. You just have to decide if the $410 price tag is worth it.

Another option from Adidas is this Stan Smith in white.

Given the prominence of gum soles in Adidas history, there are a whole host of viable selections in the catalog.

This one strays a little bit from the Killshot’s colors, adding some orange into the mix. That may be a deal-breaker for you, but grow up and diversify your colors.

The lack of other accents does throw this shoe off a bit. While we are fans of zero accents, the addition of orange already limits versatility.

However, if you plan on wearing it exactly like the Killshot, this isn’t really an issue.

Our next selection branches out slightly from the strict color ways we’ve been exploring.

First, the uppers skew a little bit towards off white, with a low contrast sole. It has the same profile, making it an option for brushing on the concept while maintaining a bit of individuality.

While you shouldn’t look at this shoe as a complete clone, the accents ensure that you can wear it just about the same way.

Our last shoe is perhaps not the closest alternative.

This low top skate shoe comes in a light gray instead of white, and the profile is a little lower cut.

While it might be a little too far for some, the return to the name brand is enticing for many sneakerheads.

In defense of the shoe’s style, the gray is subtle, essentially matching the accents of the Killshot.

Whether you’re a Nike diehard, or just looking for something in the same universe, this Janoski could be your perfect choice. 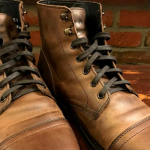 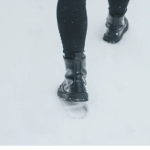 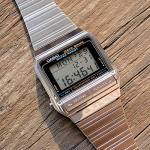 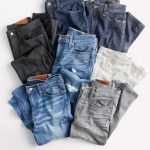