9 Best Hoodies For Men That Are Both Cozy and Stylish 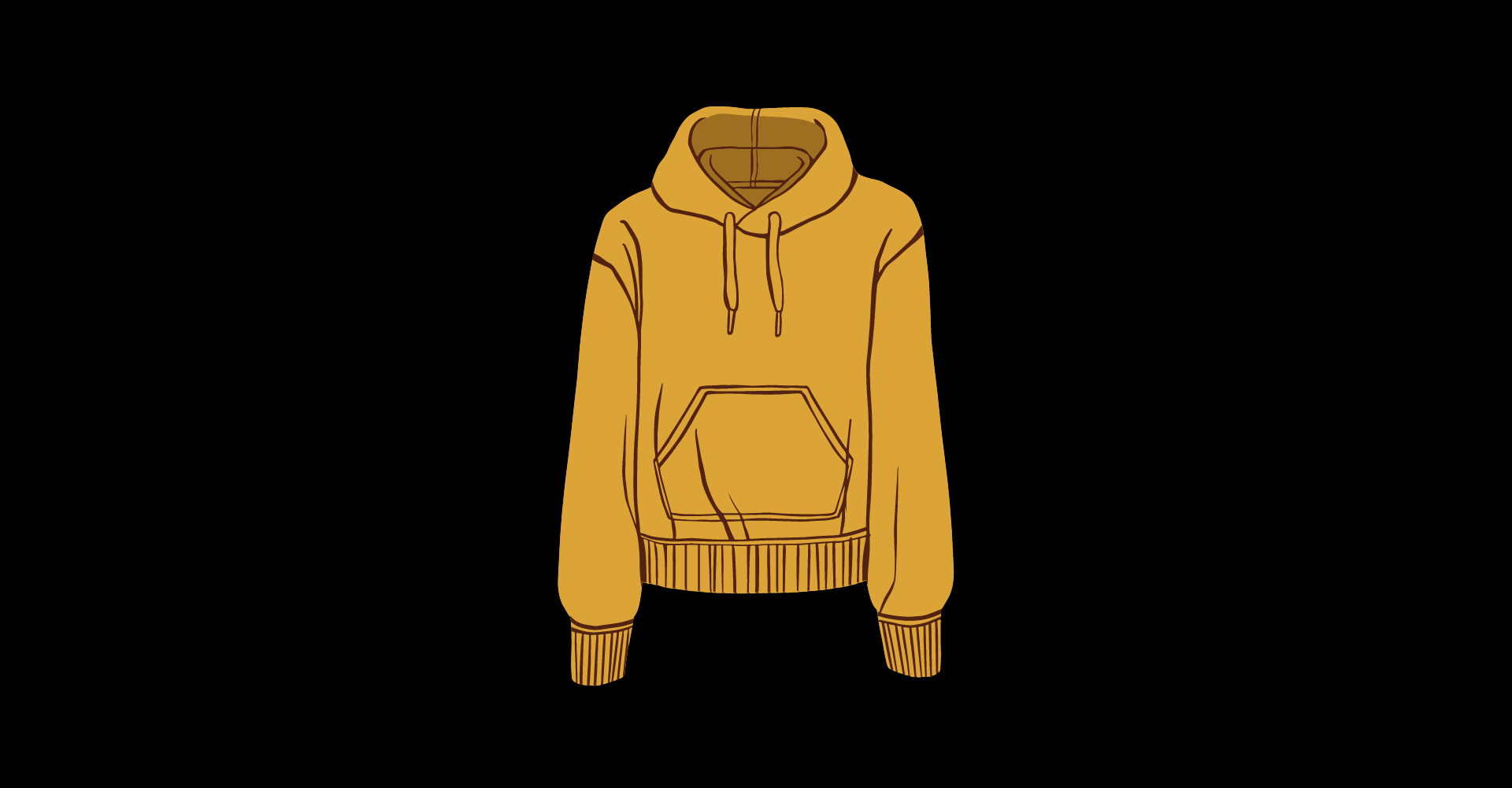 Hoodies rank amongst the top pieces of clothing when it comes to comfort and coziness. There quite literally is not a better piece of clothing I’d rather wear on a lazy Sunday or when I’m trying to run some errands and need to put on something casual.

As formal wear continues on it’s steep decline, the hoodie is no longer an afterthought relegated to the backseat until needed. It’s earned its right as a stand-alone statement – worthy of designing your outfit around. And if that’s not how you feel about your current favorite hoodie, let me offer you some suggestions on the best hoodies for men. 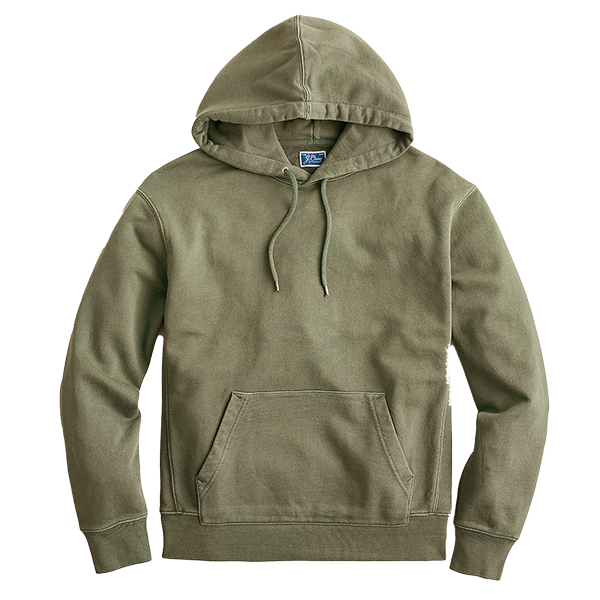 Known for its New England style prepster fashion, J.Crew has long been an American staple for quality fashion. Like many retailers, it struggled during the onset of the pandemic and it wasn’t until 2021, with the hiring of a new CEO and menswear designer, that it’s finally finding itself again. Preppy is still very much in-style and even more so as fashion grows less siphoned and once-individualized looks become increasingly accessible to all.

They’ve also stepped up their game when it comes to sustainability with more recycled fabrics and a goal to have one hundred percent of their key fibers sustainably sourced by 2025.

The Garment-Dyed French Terry Hoodie is a classic fitting hoodie that is the perfect balance between fitted and baggy (bonus: also available in Tall for longer torsos). With dropped shoulders, ribbed side panels, and a standard kangaroo pocket, this soft French Terry boasts a loose loop on the inside with a firm structure on the outside. The garment-dyed wash means it will gently fade over time, giving it the coveted vintage feel. Pairs well with light wash jeans, black jeans, chinos, or anything you think makes you, you.

Swedish CDLP prides itself as a design house dedicated to luxury undergarments, homewear, and sportswear. In perfecting their niche they’ve radically pushed the boundaries for environmental consciousness and biodegradability. They employ silky, moisture-wicking, anti-bacterial materials from renewable wood sources as well as locally sourced, recyclable cotton.

True to their sportswear ethos, their Heavy Terry Pullover Hoodie is a classically robust and boxy cut with smooth semi-dropped shoulders that fits true to size.

As its name suggests, it is heavier than your average hoodie and brings warmth while still allowing for breathability with its inner loopback knit construction. This engineering allows it to simultaneously wick away moisture and retain its soft strength. Sustainably manufactured in Portugal, it is made of half recycled and half organic cotton.

It has a double-layered hood, a functionally standard kangaroo pocket, and its tonal logo blends well as a modest statement that you are not just a man of class but also of action.

With Brad Pitt as their spokesman and no need to prove themselves, the Japanese brand Edwin has been innovating and setting sick styles since 1947 (yes, I’m alliterating). Founder Tsunemi Yonehachi is touted as having introduced American jeans to Japan. Then, in true Japanese fashion, he perfected denim manufacturing, even creating “old wash” denim – grandfather to the infamous stonewashed denim.

Now into the 21st century, they encompass much more than just jeans. Their tops, pants, and accessories are trend-setting with well-crafted, modern lines and streetwear silhouettes.

Not only were they the first large-scale denim manufacturer in Asia to meet B Corp certifications, but they have also opened an additional factory in Los Angeles to employ local workers and reduce carbon emissions as they service North American clientele.

The Katakana Hoodie Sweat is regular fit and true to size. It is made of heavy unbrushed, 100% cotton felpa and keeps you warm without being overbearing. It has a double-layered hood with rounded cords and a standard kangaroo pocket. The tonal stitched logo is its most modest logo, blending in with matte colors that might make your girlfriend try to steal it. If you’re looking to flex an on-trend, faded-out finish hoodie, this is it.

Workwear turned streetwear is not a recent phenomenon. Much like Dickies, the workman’s brand that took over streetwear via the hip-hop boom in the ’90s, Carhartt became urban wear thanks both to hip-hop and to various celebrities donning its signature look. Founded in 1889 the Michigan-based brand makes durable clothing for laborers such as overalls, coats, jeans, and even hunting clothing. In 1989, Carhartt WIP (work in progress) was launched to bring a distinctly American aesthetic to Europe with more refined versions of Carhartt basics. Celebrities such as Rihanna, Kanye, and Bella Hadid (to name a few) have been spotted sporting the label.

Carhartt’s Hooded Vista Sweatshirt is the best of both worlds – quality and style. Get ready for comfort with its oversized feel and balloon fit. Composed of heavyweight 100% cotton sweat that has been brushed, it’s so uber soft you’ll wonder how life could be so good.

The hoodie is pigment-dyed which gives it its sought-after weathered appearance. It’s the complete package with a kangaroo pocket, padded hood, and of course, the signature square label proving you made a fly hoodie choice.

If you’re curious how a brand from the 1800s can evolve to successfully compete in today’s market, you don’t need to look far. Abercrombie, the All-American clothing line evocative of fun and playful youth has done just that. Starting as an outdoor gear and apparel retailer, the brand adapted throughout the decades, perfecting its aura of escapism with its sister youth-brand Hollister. It embraced the digital age head-on, resulting in billions from online revenue. Again reimagining itself in 2021with an increase in gender-inclusive products and newer digital experiences.

They have also taken notable strides towards sustainability and follow the UN’s Sustainability Development Goals (this means that they adhere to the Ten Principles of the UN Global Compact in the categories of human rights, labor, environment, and anti-corruption).

There’s no questioning why the Essential Colorblock Popover Hoodie has rave reviews. It’s the perfect cut for an on-trend look – slightly oversized but just short enough so it’s not baggy. The asymmetrical two-tone color is the perfect amount of eye candy to keep you from feeling basic. In line with its minimalism, no cords are needed and the kangaroo pocket is modest – just big enough to fit two paws.

The 70% cotton and 30% polyester mix makes it the kind of soft dreams are made of. Whether you wear it with coordinated joggers or your jeans, it’s sure to be your favorite piece in every season.

Reigning Champ is a Vancouver, BC based sportswear line committed to quality and simplicity since 2007. Designed for the field or the gym the line boasts durable and enduring tops, pants, jackets, and accessories for both men and women. Their minimalistic tracksuits and gear will have you pumped to take on any hurdle life throws at you. All of their items are handmade in Canada.

The Midweight Terry Pullover Hoodie is a perfect example of why Reigning Champ is the choice of athletes and go-getters alike. The design is trim fit but for an active shape. The sleeves are set-in in the front and raglan in the back and all seams are low abrasion flatlock. The side panels and kangaroo pocket have ribbed detailing and the woven drawstring is sleek.

The material is a 100% cotton Midweight Terry, making it light enough for movement but heavy enough to provide needed warmth. It’s a comfortable softness you’ll want to wear all day and maybe even all night.

John Elliott is the brainchild of John Elliott and his friend from childhood Aaron Lavee. A California native, the designer started the brand with the understanding that despite what’s in their closet, some men frequently end up wearing their staple jeans and tees. Rather than fight against this proclivity, he honed in on it, perfecting these essentials in ways where he found them lacking.

It’s been said that you have to know the rules in order to break them – and John knew hoodies. He decided to make a hoodie unlike the rest with side-seam zippers and a hidden kangaroo pocket dubbed “The Villain”. Just as he’d hoped, this was an instant hit and set him and his team on a trajectory that has not slowed.

With the majority of its sales in e-commerce, the brand has consistently provided cutting-edge quality clothing. And in a demonstration of their values, during the pandemic, John Elliott has partnered with UCLA Health to raise thousands to provide meals for frontline workers and visitors.

Their next big move is transitioning into more sustainable practices. We’re here for it John!

The Hooded Villian is slim-fit and sleek with a single horizontal seam slightly under the midsection. It stands out from the rest by how it doesn’t stand out – you can’t see the kangaroo pocket but it’s there. On each side, high-end Riri zippers from Switzerland provide surreptitious slide, concealing the pocket and lending the hoodie to easy layering.

The fit is true to size and the knit is a 100% French Terry cotton with flatlocked seams – a softness you can see before you even touch.

Although officially a sportswear line, Nike has long catered to its dual nature by understanding its role as both a sportswear and a streetwear provider. Its first Tech Pack was born in 2007 to more specifically serve its role as a line for athletes. Techwear then blossomed and thrived and became a larger-than-life illustration of functional fashion.

With each Tech Pack edition, Nike proves that it is pushing the boundaries for modern fabrics molded by the finest technological advancements. The Tech Pack staples are often known for their fleece lining – providing warmth while still utilizing all the technology that provides expert breathability.

An industry standard, Nike is doing its part to lead by example in sustainability efforts (find out more about their intensive 2025 goals at purpose.nike.com/planet).

The Sportswear Tech Fleece Full-Zip Hoodie is possibly their best yet. The Tech fleece is a strong insulator even when the weather drops down to the low digits. And if you’re taking this bad boy to shred in the mountains you’ll find its sleek design lends itself well to layering.

Lightweight enough for everyday use and streetwear style, it’s no wonder this hoodie has rave reviews. It is a silky soft cotton and polyester blend with a four-panel hood. The design taping on the chest gives a vintage feel while remaining subtle. Pair with matching joggers for an extra drip tracksuit.

It’s standard fit without being constricting but if you want a looser hang, simply size up. Throw your earbuds or keys in the zip sleeve pocket and just do it.

The Italian luxury brand Stone Island is textile innovation at its finest. Founded in 1982 Ravarino, Italy by Massimo Osti, the line went through several acquisitions and consolidations throughout the decades. It held its integrity however as one constant remained – research and experimentation. Materials are constantly produced and tested to make the most cutting-edge creations. Reflective jackets that refract light in the dark, steel-coated bronze mesh fabrics, and even a jacket with a layer of glass on top are just a few of the many creations that make Stone Island a leading textile designer.

In an almost cult-like following, the brand has been largely worn by British street gangs or football fanbases known as “hooligans”. In 2015, after Canadian rapper Drake was seen wearing the brand, demand for Stone Island skyrocketed in North America. In 2016, they opened their flagship store in New York.

The Garment Dyed Popover Hoodie is both fire and ice. Its clean white color with black-banded compass logo is immaculately fashion-forward and edgy. The innocuous drawstrings and expansive pouch add just the right touches. The fit is standard with plenty of coverage lengthwise without being boxy. Make a statement and be comfortable doing so in this luxury hoodie made from 100% super-soft cotton.