According to runways and street style, these jackets have deservedly become one of the biggest trends that have arisen in the past year.

The teddy bear jacket, which was bred out a century ago of a need for practical and smart clothing, continues to emphasize its staying power.

A zip-up jacket, this teddy bear fluffy wonder is made of a 100% polyester fiber fabric.

It easily offers a more wearable spin on the teddy bear trend as seen on the runways while being budget-friendly. If this jacket is guaranteed to do one thing, that thing will be keeping your wallet full.

Described as “less grizzly, more teddy”, this jacket will not only keep you warm but also fashionable during the colder months.

Just like the 1950s hunting jackets, it’s reminiscent of the Kodiak fleece jacket is heavily insulating. It’s also made of 100% soft polyester fabric, guaranteeing optimum softness and comfort. Forgo a heavy sweatshirt and go for this jacket.

This teddy bear puffer jacket with a zip-up front is heavily insulated and guaranteed to keep you warm in chilly weather.

More affordable than the rest of the items on this list, it offers to those who are on a budget to hop on the teddy bear jacket trend.

Patagonia is the perfect brand of fleece jacket if you want high quality and functionality.

This fleece jacket will keep you warm in the coldest of days and makes a perfect layering piece.

Closer to the renditions seen on the runway than most items on this list, this retro jacket is all soft, cozy fluff.

With a high-neck that will warm your neck, you won’t have to worry about bringing any extra scarves; this teddy bear jacket is enough.

Where Does the Teddy Bear Craze Come From?

Despite what you might think, the teddy bear jacket is not a new trend by any means; it has been a recurring trending item since the beginning of the 20th century that has been popping in and out of mainstream men’s fashion.

At the beginning of their conception, automobiles’ upper skeletons were bare, with their tops open. Motorists often had to don protective clothing that protected them against winds and dust as they tore through roads at considerably high speeds.

This trend slid into the 1920s and 1930s but it would quickly decline. The excess and decadence of teddy bear jackets and coats couldn’t last in the post-war fashion arena.

Why Is It Back?

The image of the man wrapped luxuriously in a teddy bear coat became dated and fixed in time. Now it recalls the splendor of early motorists, the privilege of Ivy League students, and the Jazz Age swinging of hip-cats.

It never reinserted itself full-force into the modern fashion scene until 2013 when it was introduced on a MaxMara runway.

Its popularity only spiked up as French former editor-in-chief of Vogue Paris Carine Roitfeld was photographed wearing a cozy teddy bear coat. The photograph became viral in an instant and everybody was on the lookout for the trend.

In the blink of an eye, teddy bear jackets and coats were on every runway.

The trend proudly continues to blossom with creativity and care to this day.

Everyone from simple fashion-savvy commuters to sharply-dressed Wall Street stockbrokers has caught on to the teddy bear jacket trend.

It’s easy to see why when looking at some of the best teddy bear (furry) jackets for men. People revel in space and comfort and wrapping yourself in a fuzzy layer of alpaca warrants security and ease of mind.

It’s why the teddy bear couture has remained solid and untarnished against time’s tests; because the human need for comfort and security is as old as time itself. 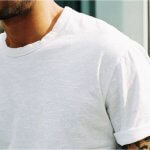 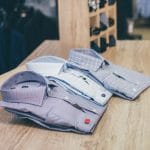 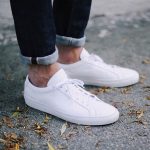 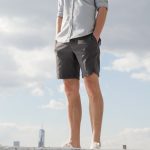